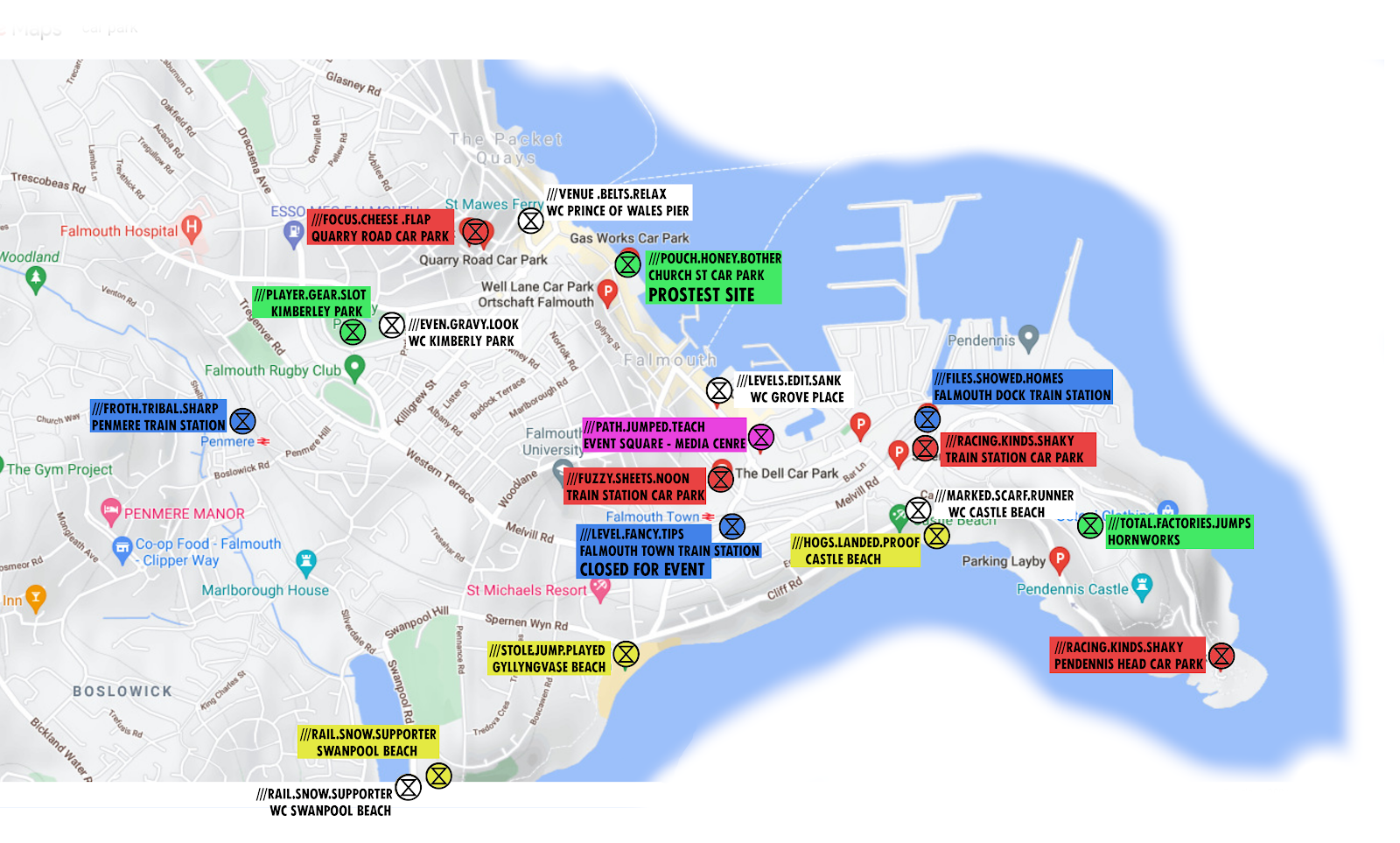 On June 12, the first day of the G7 Summit in St. Ives, Extinction Rebellion UK (XR) will be sounding the alarm for climate justice and highlighting the disastrous consequences of the G7’s broken promises for people in the global south already experiencing the effects of climate and ecological collapse.

G7 and other rich nations are largely responsible for the climate crisis. A wealthy minority of the world’s countries and corporations are the principal cause of climate change; The richest 1% cause double the emissions of the poorest 50%. Its adverse effects fall first and foremost on the poor who have done least to contribute to the crisis.

Gail Bradbrook, co-founder of Extinction Rebellion, said: “We know we can’t trust the leaders of the world. They have already failed us in Paris. They are part of a broken system, but humanity isn’t broken. We’re gathering in Cornwall in solidarity with communities on the front line across the world. For the countries and people most vulnerable to rising temperatures, climate change is not something for the future: it is happening right now. ”

Poppy, 20, physics student for XR Youth from Oxford, said: “As young people, we are terrified for a future that we feel we have no control over. We ask that the adults in that building listen to us and take decisive action on the climate crisis, before it is too late.”

Melissa Carrington, 60, from Christchurch, Extinction Rebellion activist and retired environmental consultant, said: “The G7 nations must reduce emissions further and faster, in line with their historic responsibility, and at least double their provision of climate finance to low-income countries, or COP26 will be a failure and we will have missed what may be the last opportunity to halt the climate crisis.”

SUMMARY of events on Friday 11 June:

Against the backdrop of giant painting of the sinking of the Titanic, and accompanied by music of the band, and the haunting alarm of foghorns, activists dressed as UK and international politicians rearrange the deckchairs on the sinking ship in comic/tragic fashion.

Organiser Jo Flanagan, 58, from the Bristol Quaker XR activist group The Earthquakes, said: “The Titanic is a powerful metaphor for the politicians around the corner in Carbis Bay, and leaders throughout the world: they need to recognise the disaster we’re facing before it’s too late. They must stop rearranging the deckchairs NOW.”

At the end of the performance, onlookers will be invited to join a rousing rendition of ‘Abide with Me’ (with alternative wording!).

Extinction Rebellion activists accompanied by the XR samba band will march through St Ives in a creative, artistic, noisy protest, carrying letters from a selection of people in the global south most affected by climate crisis, addressed to the G7 leaders. Onlookers are invited to “sound the alarm” for climate justice by making as much noise as possible with air horns, drums, rattles and other instruments. Participants include: the Red Rebels, a blue whale, a school of mackerel…

Delegation to the G7

A group of activists representing young, indigenous and marginalised communities will walk from the beach to the security checkpoint at Trelyon Avenue, accompanied by flag bearers. They will carry  letters containing messages from communities in climate vulnerable countries to the G7 leaders.

The letters make for uncomfortable reading. An activist from Extinction Rebellion Mexico wrote,

“I am very afraid of being murdered or suffering violence for pointing out the drying up and exploitation of nature in the face of capitalist interests and organized crime that profit from life.

“It hurts to know that my daughter will not be able to live in a healthy environment and will face serious problems derived from the climate crisis.

“I am angry to know that in my city we will soon be without access to water while governments continue to defend private interests.”

An activist from Extinction Rebellion India, referring to the hoarding of vaccines by rich northern nations wrote,

“ We all know that Covid pandemic is a result of exploitation of nature. As climate activists we also know that in future climate and ecological crisis will be many times greater”

“The biggest question which we from Global South are asking is that if today we are not helped in the time of need, then how can we trust you in the future? We hear that all the world should come together to solve climate issues, but there is too much talk and no solidarity on the ground.”

“It seems in the future too, richer countries will be sitting silently and millions will be dying in developing countries. The future will be very bad and the climate and ecological crisis will hit hard. The poor will suffer the most. Covid has proven it now. The rich will be sitting far away and keep saying ‘We stand with you’. But in reality, they won’t.”

Police have said that the delegation will be permitted to enter and proceed as far as the perimeter fence of the Carbis Bay compound, but permission to deliver the messages to participants at the summit was refused by the cabinet office.  Are the G7 leaders too busy to read them, or are they too involved with the details of economic policy to consider their impact on people on the frontline of the climate crisis?

Inquest on the Pandemic

Doctors for Extinction Rebellion perform a mock inquest to determine the cause of death of victims of COVID-19. As in a real-life inquest, factors leading to or contributing to these deaths – including destruction of the natural world, air pollution and the climate crisis – will be read out in evidence.

“I have come to believe that it is my duty to add my voice to the chorus. We can no longer indulge in the unsustainable overconsumption that is stripping our natural resources. We have to change our food systems that are overwhelmingly based on industrial agriculture, and the cruel and senseless wildlife trade – all of which are at the heart of the origins of most pandemics.”

“COVID has shown us that the structure of our modern world is far more fragile than we think. We need to protect the natural world, leave ecosystems intact and reverse the climate crisis. We must protect nature to protect ourselves.”

Smoke and Mirrors signalling to the G7 leaders

G7 leaders may be securely hidden away within the Carbis Bay site, but ingenious Extinction Rebellion activists will be getting an urgent SOS message to them that they can’t fail to see: with low-tech “heliograph” technology that uses nothing more than the reflected rays of the sun, plus traditional emergency smoke flares.

Activists holding mirrors will repeatedly flash the SOS morse code at the delegates inside the Carbis Bay Hotel, before setting off blue and yellow smoke emergency flares.

Activists from Amazon Rebellion will be calling for urgent action on the continuing deforestation of the Amazon rainforest, known as “the lungs of the Earth”. They will be highlighting the financial institutions that are funding deforestation, and the dubious morality of the UK pursuing a free trade deal with the Brazilian government at this time.

In 2019 there were ominous indicators that the irreversible process of forest dieback may have begun: droughts, and longer, hotter dry seasons, plus increased mortality of wet-climate forest species. Despite this, deforestation accelerated in 2020.

Asset management companies BlackRock and Vanguard have invested billions in companies which are deforesting the Amazon.

“Forty-one food companies have warned the Brazilian National Congress that if the government’s land appropriation bill goes ahead, they might stop sourcing commodities from Brazil.

“Our future may depend on the willingness of these companies to take action to protect our planet. They deserve to be supported and celebrated.”

On Day 2 of G7,  there will be another full programme of Extinction Rebellion actions, from 10am to 9.30pm.

COVID MEASURES
All Extinction Rebellion outdoor activities and protests are designed to be inclusive, safe, and family-friendly. Risk assessments are completed and the movement takes every precaution to ensure the protests adhere to COVID-19 guidelines, with designated COVID safety stewards for each action.

EXTINCTION REBELLION: what we’re calling for at G7 + messaging overview

Time has almost entirely run out to address the ecological crisis which is upon us, including the 6th mass species extinction, global pollution, and increasingly rapid climate change. If urgent and radical action isn’t taken, we’re heading towards 4˚C warming, and the societal collapse and mass loss of life that that implies. The younger generation, racially marginalised communities and the Global South are on the front-line. No-one will escape the devastating impacts.

Give a little, help a lot.

The world’s most powerful supercomputer just hacked his mind – Or was it the other way round?