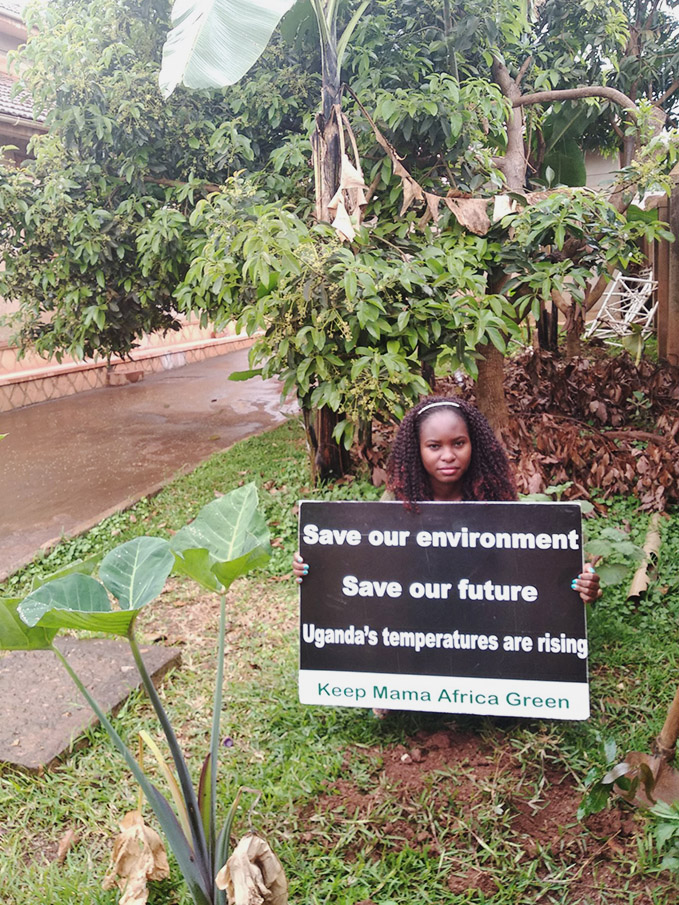 More beautiful and courageous action from XR groups around the world. There is so much to tell.

Brave Russians who joined Arshan Makichyan during his 49th week of climate protest. “The local government illegally refused us the right for a mass strike. But a lot of people joined our queue for a single strike and came to support us. We love our planet and we are not going to give up.” #LetRussiaStrikeForClimate

Activists from Energy Transition Ukraine, Fridays for Future Ukraine, and XR Ukraine demonstrated in Kyiv to demand that their government transitions to 100% renewable energy sources and presented a petition signed by 14,000 Ukrainians.

XR Hellas held an action against Fast Fashion on Ermou Street, Athens. The first part was a catwalk and the second was outreach which saw a big interest from passers-by.

Members of Extinction Rebellion Slovakia locked on to the gates of the Government Office in the Slovak capital, Bratislava, to highlight the urgency of climate crisis and demand that their government declares a climate emergency. Photos: Eliška Šufliarska

As the drowning city of Jakarta faced yet more flooding, extinction rebellion flooded the streets with colour and defiance. Living out the Indonesian proverb “Sedia Payung Sebelum Hujan”, meaning “prepare your umbrella before it rains”, local rebels painted a menagerie of messages and slogans on a multitude of umbrellas before marching to demand their government declare a climate and ecological emergency.

The proverb is a plea to take action to prevent catastrophe. All rebels know the climate catastrophe is underway, but rapid and drastic action can still avoid widespread ecological and societal collapse. XR Jakarta will not stop until their government takes adequate action on the climate emergency.

Dozens of rebels from XR Youth Belgium disrupted a ‘must-attend’ aviation summit at the Eurocontrol headquarters, near Zaventem airport. Several underage rebels  “drove their bikes past security at high speed, straight to the main entrance of the summit and attached themselves to flag posts with handmade arm locks,” XR spokesperson Roeland Ghys said.

Some aviation leaders attending the summit “just walked past, completely ignoring the children who were attached to the poles, but others were intrigued and came to ask questions,” Ghys said.

One of the rebels, Louise, said: “These adults are very well aware of the current climate crisis but they continue to build and increase aviation capacity. While they are flying with their family to the Caribbean, my own children will later have to look up these islands in the history books.” There were no arrests, only ID checks.

Rebels from XR South-East Queensland locked on to barrels at News Corp Australia’s printing press as part of the ongoing campaign against their climate-denying newspapers: “Tell the truth about the climate, News Corp, Australia’s sick of your dangerous lies.”

German rebels demonstrated at the Berlinale film festival with animal headgear and the Stayin’ Alive dance.

On Monday 2 March, at 12 noon (when the air-raid alarm sounded all over the Netherlands) there was a simultaneous die-in in a number of Dutch cities to draw attention to the climate and ecological crisis in general and air quality in particular.

Rebels Sianna Fitzjohn and Nick Hanafin from XR Ōtautahi (Christchurch) boarded OMV’s oil rig as it travelled from The Great South Basin to Taranaki and are secured to the side of the 100mhigh rig.

Ann Cognito (left) and her service dog celebrate 3 months at Ottawa’s Climate Emergency Camp in spite of heavy snows and temperatures down to -35C. Cognito is requesting a meeting with Canadian prime minister Justin Trudeau to press the urgency of the climate crisis. The camp is situated on a strip of unceded Algonquin territory between Trudeau’s office and Canada’s National War Memorial.

Where’s the snow? This winter is one of the warmest Norwegian winters in modern times. Extinction Rebellion went skiing in Oslo to highlight the consequences of global warming. Photos: Aleksandra Perpetua

“In solidarity with the women all over the world we honour our Mother Earth and the women throughout the world who protect her.”

Give a little, help a lot.

inspired by Greta Thunberg’s stand to save the world