Every night since May 6, rebels and other environmental activists have held a socially distanced vigil outside the Greek parliament building.

They are demanding the withdrawal of a new law, the so-called ‘Modernization of the Environmental Legislation’, which XR Hellas (Greece) says “effectively withdraws environmental regulations so that new ‘investments’ can be made that will destroy the country’s environment for the sake of short-term profit.”

The law permits oil exploration in the Ionian Sea, the Epirus region, the Corinthian Gulf and Crete. It legalises previously banned construction in forests, wetlands and streams, and reduces the powers of independent environment agencies, centralising decision-making into a single, government-appointed organisation in the capital.

Since the beginning of the month Swiss Doctors for XR have been posting selfies online along with more detailed messages about their concerns for the environment as well as the Covid-19 crisis. Some of their placards read ‘Solidarity against the Virus, Solidarity for the Planet’, ‘Healthy people need a healthy environment – do you want to have good health?’

German rebels marked Earth Overshoot Day – the day by which we’d have used up one year’s worth of Earth’s biocapacity if we all lived like Germans – with socially distanced actions in Berlin, Dusseldorf, Wuppertal, Dortmund, Siegen, and other locations.

Odense rebels performed a ‘banner walk’ protesting at the Danish government putting billions into financially supporting companies that help exacerbate the climate crisis instead of spending the money on green change for the climate, nature and our future.

No Going Back | UK

On May 3, rebels in Cornwall started a No Going Back Sundays movement. The actions involve displaying home-made placards in a prominent local setting every Sunday at 10am, wearing masks and socially distanced. By the following week the idea had taken off across other parts of the country and even internationally. 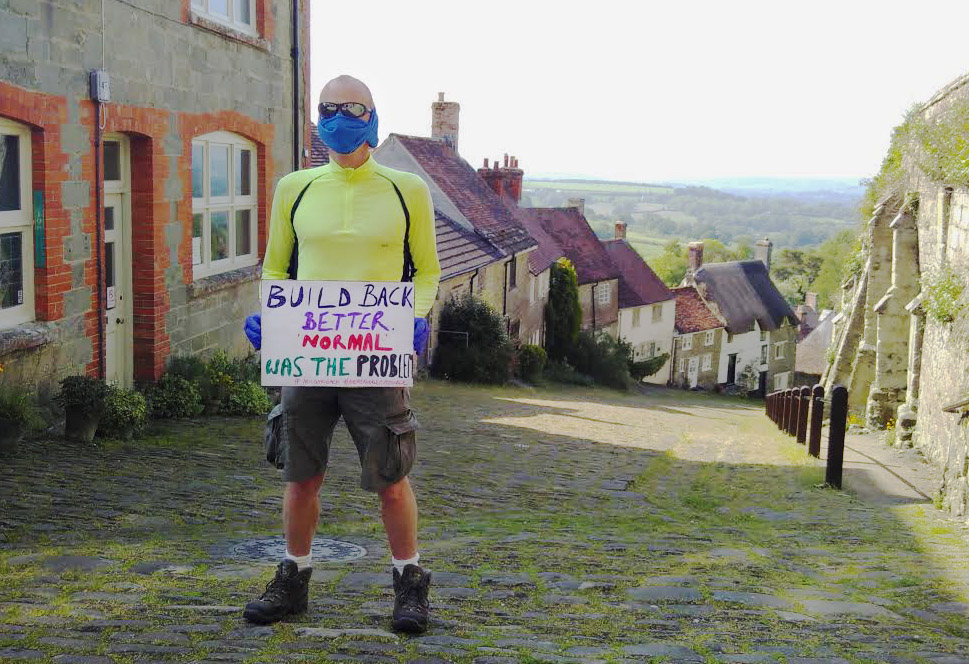 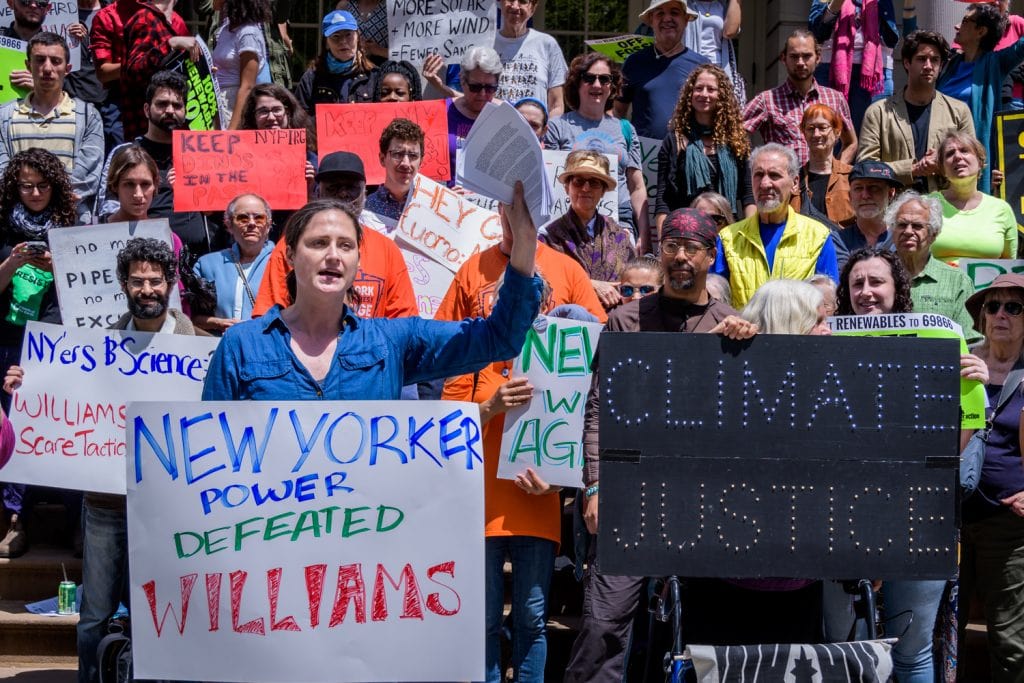 A long battle to stop construction of the Williams Pipe – a massive fracked gas pipe under New York Harbour – ended in victory last week! The coalition of campaigners that included NYC rebels will now set their sites on other proposed pipelines & fracked gas infrastructure. 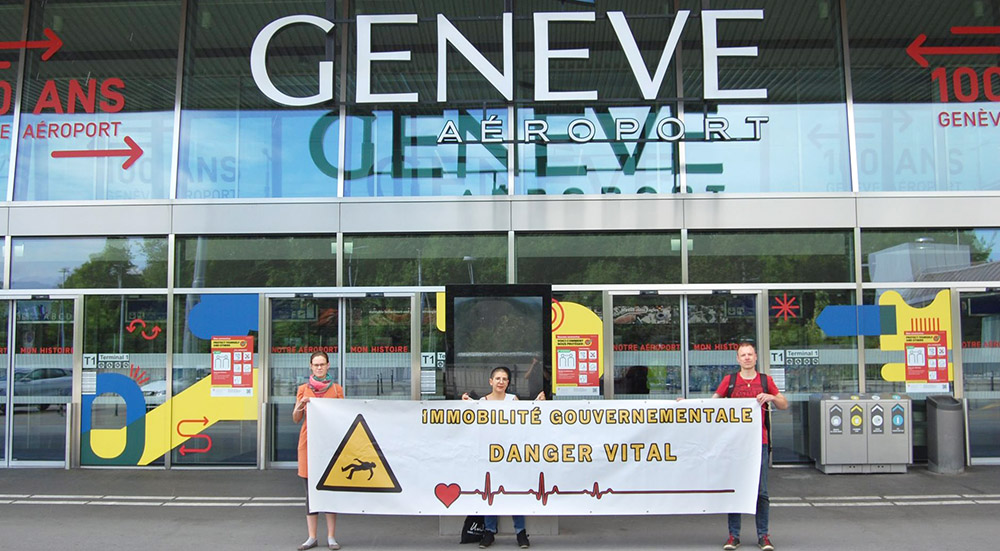 Socially distanced Swiss rebels outside the entrance to Geneva airport

Following the decision of the Swiss government and parliament to unconditionally give financial support to the country’s aviation sector, XR and Doctors4XR rebels went to Geneva airport to say ‘stop’ to a system that threatens the health of the population and the planet.

Last Monday dawned in Barcelona with some of its windows covered in ‘Closed for the Common Good‘ signs.

XR Barcelona said: “Now that there is so much talk about the ‘new normality’, we must remember that the old one, which we were used to and to which many intend to return, is the one causing an unprecedented climate crisis. It is clear that we need a system change in order to survive.”

Rebels across the UK also reclaimed the streets, adding new cycling routes to their area. Find a full action guide here including cycling stencils, if you want to reclaim your street.

For other ways to continue last weekend’s action and avert the climate and ecological disaster of the UK transport secretary’s massive £27bn budget for England’s roads please support Transport Action Network’s crowdfunded legal challenge. This is the same legal team that successfully defeated the expansion of Heathrow Airport.

In the London borough of Hammersmith & Fulham four teams of rebels went out at dawn with chalk paint and stencils to create pop-up bicycle lanes.

Their action was part of a UK-wide ‘No Going Back/Build Back Better‘ campaign aiming to inspire city councils and the government to reclaim street space from polluting vehicles in order to reduce emissions, improve air quality, and help people cycle and walk more.