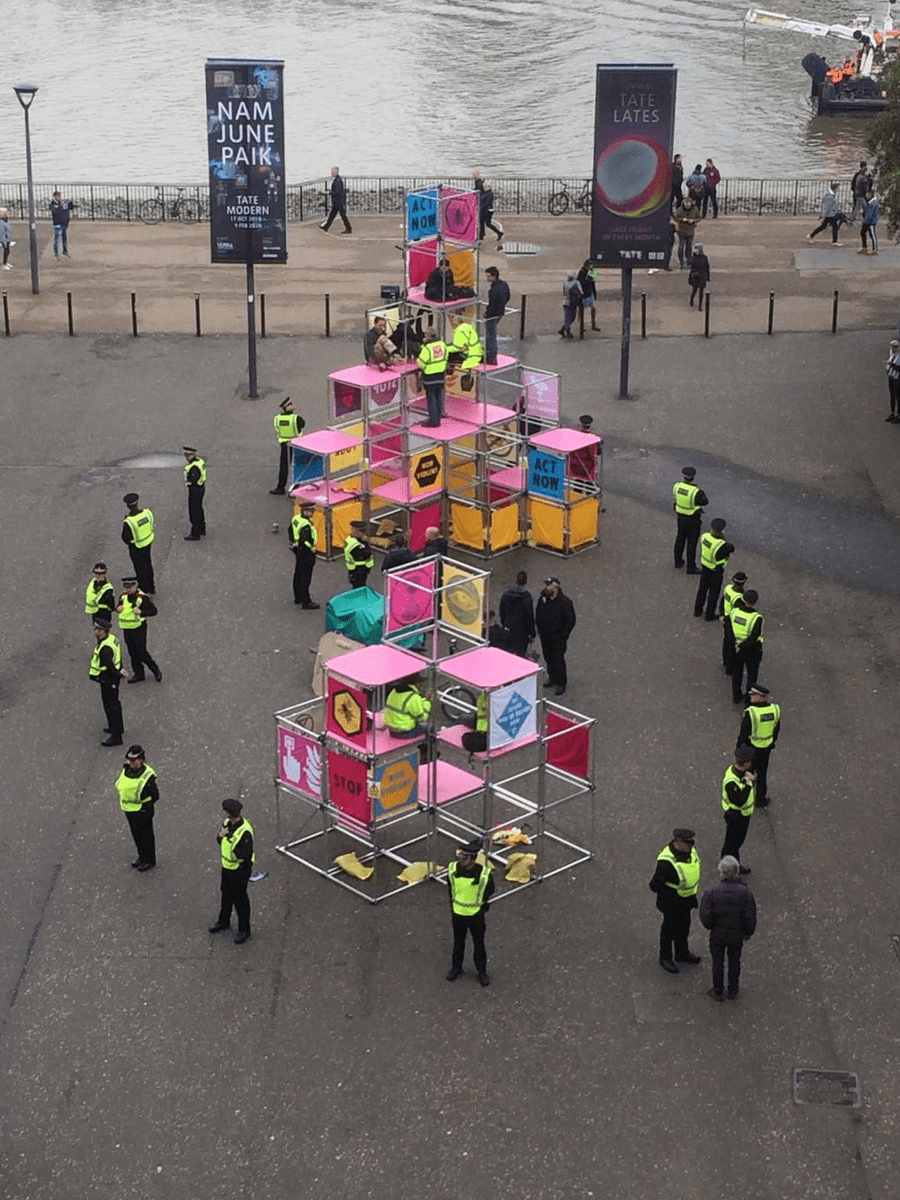 Police kettle XR art outside the Tate Modern in London.

German protestors ‘return’ the climate package to the SPD party on the basis that it is inadequate to prevent mass extinction and climate crisis.

On Indigenous Peoples’ Day XR NYC focused attention on their 4th demand – a just transition that prioritizes the most vulnerable people and establishes indigenous sovereignty.

Rahajeng Nurrahmani in Jakarta – ‘The government has failed me and everyone. So that’s why I’m rebelling.’

Police kettle XR art outside the Tate Modern in London.

Belgian rebels piled reclaimed wood chips outside Namur town hall on Tuesday to ‘denounce their lack of political action in climate matters,’ especially the cutting down of old trees.

Lock-on at the gates of the Dáil